The unique selling point of the working group is the combination of competence about semiconductors, topologies, control, thermal design and system development.

Our research topics include:

With the rapid increase of power electronic systems in electrical energy grid applications multi-level topologies gain in importance. These converters allow overcoming the specific weak points of high-blocking voltage semi­conductors with respect to their static and dynamic properties.

Multi-level systems are therefore the key technology for efficient and cost-effective power electronic systems in high- and medium-voltage applications.

Multi-level systems also provide better EMC performance, which allows the reduction of system size and costs. The low line perturbations of these systems, and a general “grid-compatible” behavior become more important with increasing dominance of power electronic systems in the electrical energy grid.

Based on these specific characteristics, multi-level converters are used in many areas of electrical energy conversion. The term “multi-level” comprises various converter topologies. Depending on the specific application, different power electronic topologies represent the optimal solution. Today, in the electrical energy grid, the well-known three-level NPC inverters are widely used for small and medium power solar inverters and a new family based on the modular multi-level (MMC/M2C) principle has found its way into high-power and high-voltage transmission systems (HVDC, SVC).

Besides grid tied systems, many other applications can be covered by multi-level converters, for example high-performance drives for industrial, railway, or naval systems.

In order to test power converters in the medium voltage range of 1 kV up to 30 kV, a specialized testing room with isolated measuring equipment and safety precautions is required. For this purpose, we established our Medium Voltage and Megawatt Power Test Lab in 2019.

The 220 m² medium voltage test bench at Fraunhofer IISB allows for the testing of medium voltage components and systems by offering DC and AC voltage power supplies and sinks up to 30 kV and 3.2 MW. A 900 kW water cooling supply can be used to cool the device under test or evaluate the device performance at elevated temperatures deliberately. Furthermore, a modular multilevel grid simulator with power hardware in the loop concept allows for testing under realistic conditions with arbitrary disturbances like frequency variations or voltage dips.

Check out the 360° virtual lab tour of our extensive testing infrastructure.

The outsanding efficiency of our 1000 V 450 kW railway traction inverter is achieved by a FEM optimized heatsink, a customized DC link design and paralleled SiC power modules. The boundary conditions for railway applications like insulation co-ordination and emergency breaking are considered. Further hardware in the loop (HiL) test setups are available.

State-of-the-art multi-level converter systems make use of power semiconductors in industrial standard-packages with isolated baseplates. For applications in the energy grid a system lifetime of 40 years and more has to be guaranteed – a real challenge against the background of power electronics existing for only about 35 years.

Compared to traditional two-level topologies, multi-level systems have special requirements regarding the power modules. On the other hand, several of these topologies provide additional degrees of freedom.

In order to optimize the complete converter system, Fraunhofer IISB is developing and qualifying new specific power modules. These power modules are required to utilize the full potential of modern power semiconductors in multi-level systems. By using specially adopted joining technologies the system lifetime is increased compared to state-of-the-art modules. New application-specific power module con­cepts allow the integration of protection mechanisms to improve the converter behavior and availability in case of system or device failures.

One drawback of multi-level topology concepts is the increased number of semiconductor switches to be controlled. Especially for systems with small and medium power, the control effort can represent a significant proportion of the total system cost. Fraunhofer IISB is developing optimized control and communication systems as key elements for cost-efficient multi-level systems.

The work is focused on:

At Fraunhofer IISB, we develop multi-level systems optimized especially for customer specific applications in all power and voltage ranges. Teams of engineers with many years of industrial back­ground and experience from numerous pro­jects enable us to offer support in a wide area of power electronics-related problems.

Our special focus lies on: 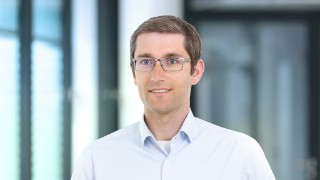